Archivio Storico Ricordi at the exhibition No strings attached

The symbol image of the exhibition No strings attached, curated for the occasion by the creative agency Threes, is the autograph score preserved in the Archivio of the Lorenzaccio by Sylvano Bussotti. From the 11th February to the 15th March, in the heart of the city centre, it is possible to enjoy the work realized in 1972 by Bussotti for his homonymous composition, parody of the play written by Alfred de Musset about the murder of Alessandro de’Medici at the hands of his cousin Lorenzo. The essence of the exhibition lies in the blending of historical elements with contemporary avantgarde, and the mix of genres, sceneries and media which interact with each other.

Along with the score provided by the Archivio, the key players of the exhibition are a painting by Stephen G. Rhodes, a laser installation by Lorenz Senni, a metallic sculpture by Emanuele Marcuccio and an electroacoustic performance by Michael Vorfeld on the opening day. 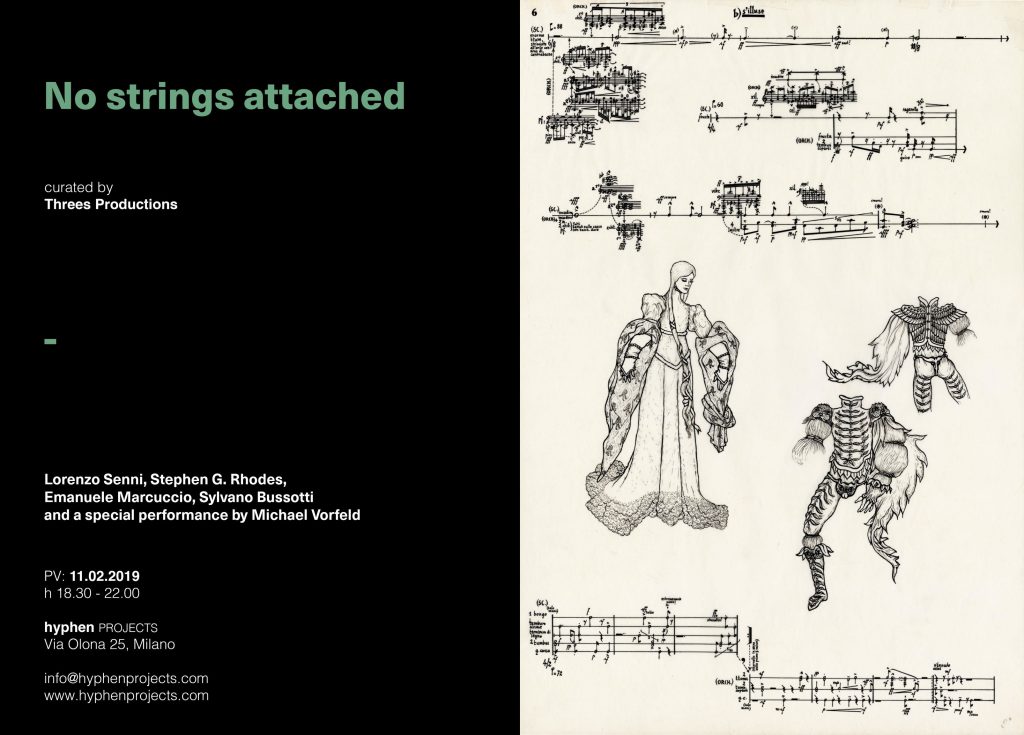