Archivio Storico Ricordi will rebuild the genesis of Boito’s masterpiece

In order to celebrate the centenary of the death of Arrigo Boito, Casa della Musica of Parma realizes the exhibition Boito librettista e compositore: il Nerone nell’Archivio Storico Ricordi, from October 5 to November 17 at Palazzo Cusani.

The exhibition path to discovering Nero, through the iconographic and documentary materials of the Archivio Storico Ricordi, offers a cross-section of the creative process of the work that accompanied Arrigo Boito for most of his life and that saw him in the dual role of librettist and composer. Letters from Boito himself, Giulio Ricordi and Verdi enhance Nero’s long journey up to the first Scala in 1924.

With the intention to document the passage from the musical autograph to the printed edition, an original slab of the score, with the punches used by the engravers of Casa Ricordi, is exposed. Ancient Rome and its characters, instead, are revived in the tables of Lodovico Pogliaghi. Visitors not only will be able to rediscover the preparation of the show, but also the advertising that surrounded the event, such as the unique numbers of the periodical magazines released on the occasion of the premiere, the articles that appeared in the previous days and some newspaper headlines in the aftermath of inaugural success and subsequent performances in Italy and abroad. 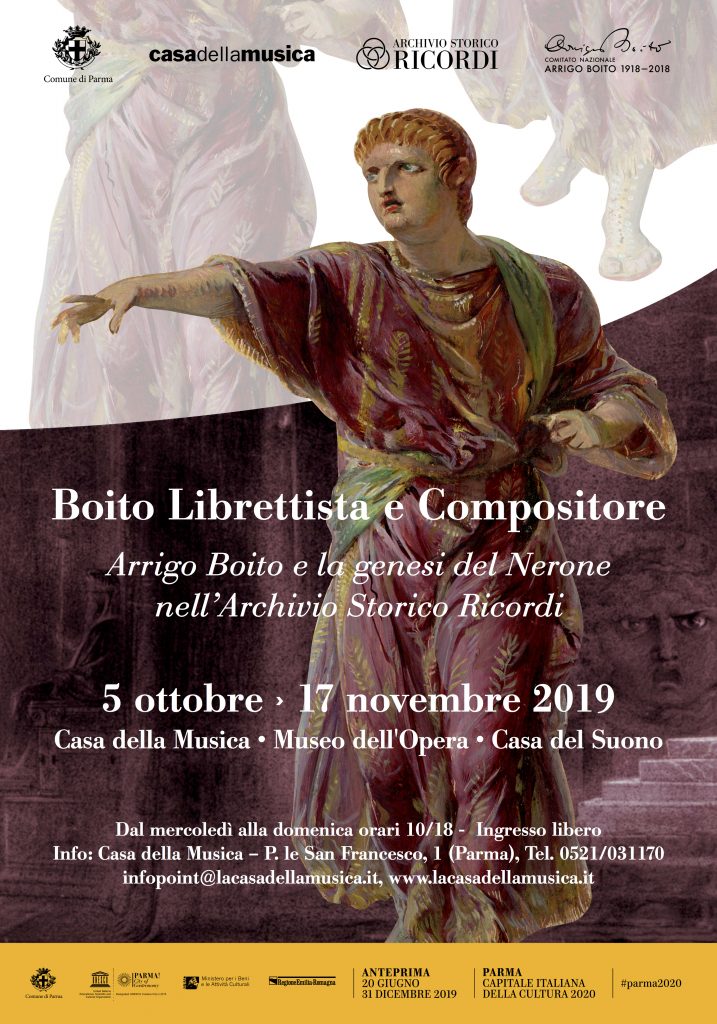