The Archivio contributes to the huge exhibition in Parma about the relationship between opera and society.

The Archivio Storico Ricordi contributes with the loan of 57 original documents from its own iconographic collection, such as watercolor postcards by Leopoldo Metlicovitz for the Tosca (1900) and Madama Butterfly by Giacomo Puccini (1904) premieres, costume design by Luigi Bartezagi with the main characters of I Vespri Siciliani by Giuseppe Verdi, a photo shoot realized in Milan by Varischi & Artico with the soprano Rosina Storchio, first interpreter of Madama Butterfly, and a letter from Giuseppe Verdi to Giulio Ricordi the 23th November 1871.

Despite for centuries its public was from the aristocracy, the opera became synonymous of popular passion, managing to cross the dimension of entertainment and show to become not only collective memory, but representation of the national identity.

In the twenty rooms of the Palazzo del Governatore, the path articulated in three sections, investigates the inpact of the opera on the uses and costumes of the time and on the politic setting. A real journey through the opera universe in its connection of the national autonomy, the civil values of the community and the thought about its identity and own past. 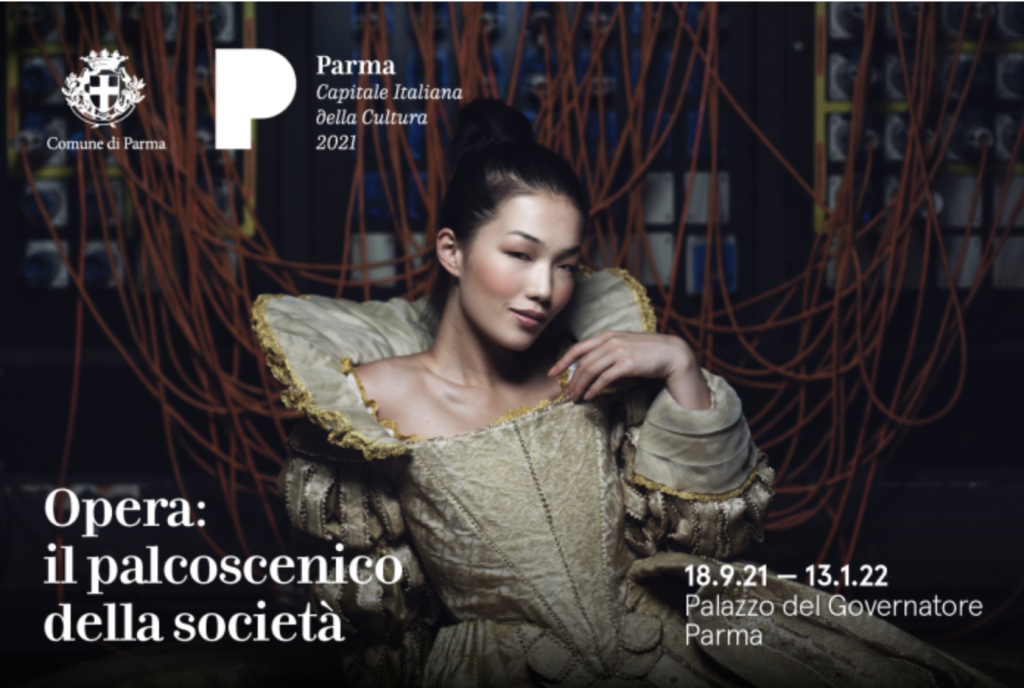