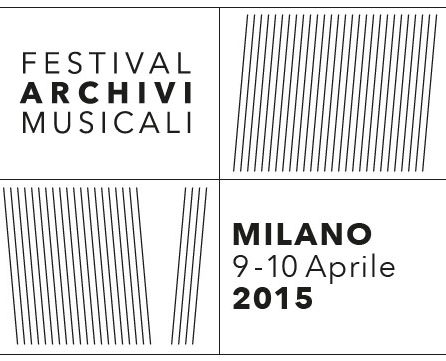 On the 9th and 10th April 2015 Milan hosted the fourth edition of FAM – Festival of Music Archives – at the Mediateca of Santa Teresa. The Festival helds every six month and is promoted by MiBACT’s Directorate General for the archives, Archivio Storico Ricordi and Media Arts by Paolo Noseda.

Two days which featured a wide and innovative agenda compared to that offered in the early stages of Brescia, Rome and Parma: international meetings with four thematic panels, the opening to the layman public for the first time and the presentation of brand-new content.

Furthermore, visitors had the chance to access the Archivio Storico Ricordi through organized guided visits, in order to discover scores, drafts, playbills and letters as evidences of the italian music culture.

Among the Archive’s documents, the musical sketches of the ending of Turandot by Giacomo Puccini have been made public, guarded by Archivio Storico Ricordi, but discovered only after a recent renovation. The sketching paper of Turandot shown in Mediateca is also a preview of Turandot’s exhibition, which was realized in collaboration with the Teatro alla Scala museum from April 29th to June 30th.

In the last few years, also the historical archives are heading for changes due to digital technologies and communication throughout all phases of the model, from the preservation to the cataloguing, from the contents production until their fruition. For this reason, it is important to help visitors understand the priceless inherited worth of documents, sheet music sound carriers and other iconographical testimonies.