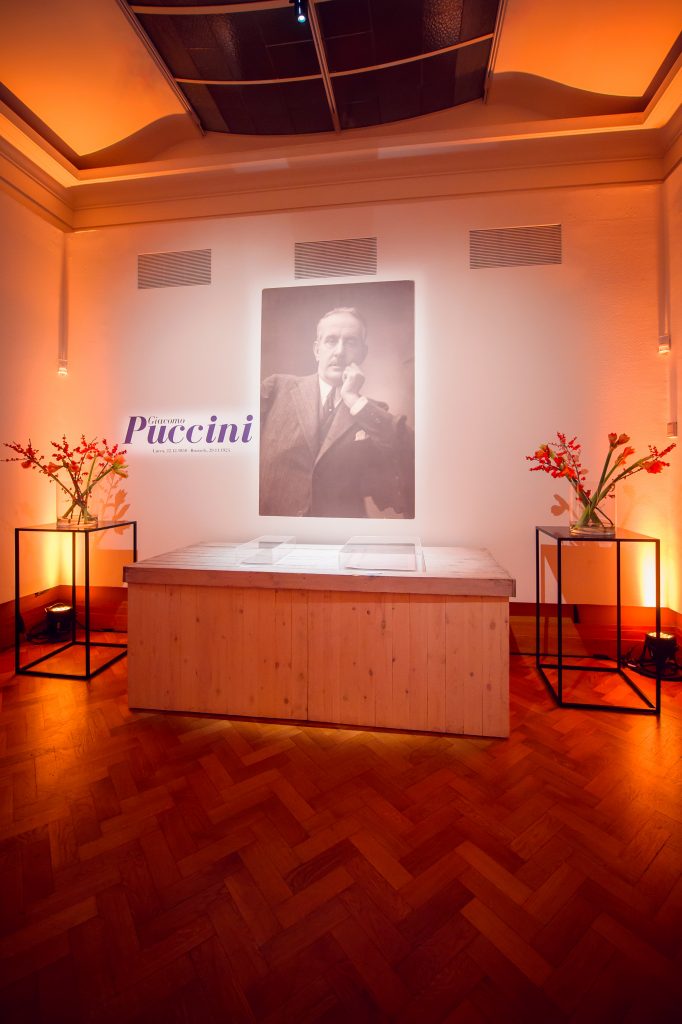 To mark the 90th anniversary of the passing of Giacomo Puccini, who died at the Institut de la Couronne in Brussels on 29 november 1924, some key documents from the compositional process of his last opera,Turandot, which remained unfinished, have been displayed. The documents originate from our Milan’s prestigious Archivio Storico Ricordi, the most extensive collection of Puccini-related documents in the world.

The famous music publisher Ricordi’s archives contain autograph scores of all the Maestro’s works (except for La Rondine) as well as documents relating to the staging of the world premieres: drawings, sketches, lists of tools and proos, printed and manuscript librettos, posters and photographs, in addition to a priceless collection of Puccini’s letters to the Ricordi directors with whom he was working: Giulio Ricordi, who believed in him from the beginning, his son Tito II, and their successors, Renzo Valcarenghi and Carlo Clausetti.

In 1920 Puccini chose a tale by the Venetian Carlo Gozzi (1720-1806) as the theme of his new opera, commissioning Giuseppe Adami and Renato Simoni to write the libretto. To design the costumes, he chose Umberto Brunelleschi, whose sketches for the costumes of Turandot and Calaf has been displayed in the exhibition. In his last letter to Ricordi of 23 October 1924, a few days before leaving for Brussels with his son Antonio for throat surgery, it is evident that his main concern was not his illness, bur rather the desire to finish the work for its premiere. He did in fact take his last musical notes with him on his journey. His recovery after the operation seed to be going well but eventually his heart gave out and the Maestro passed away. The following Monday, all Ricordi shops and offices remained closed as a mark of respect.

His Turandot was staged at La Scala on the evening of 25 April 1926, conducted as he wished by Arturo Toscanini. For the premiere a special publication was printed, entitled Turandot– Numero Unico, which was devoted entirely to Puccini and the realization of the opera. The page of the autograph score of the famous aria Nessun Dorma testifies to the opera’s subsequent worldwide success, an outcome that Puccini has predicted in a letter dated 1923: “c’è un’aria per tenore che credo diventerà popolare come Lucevan le stelle” [there is an aria for tenor that i believe will be as popular as Lucevan le stelle].