The Periodicals of Casa Ricordi online 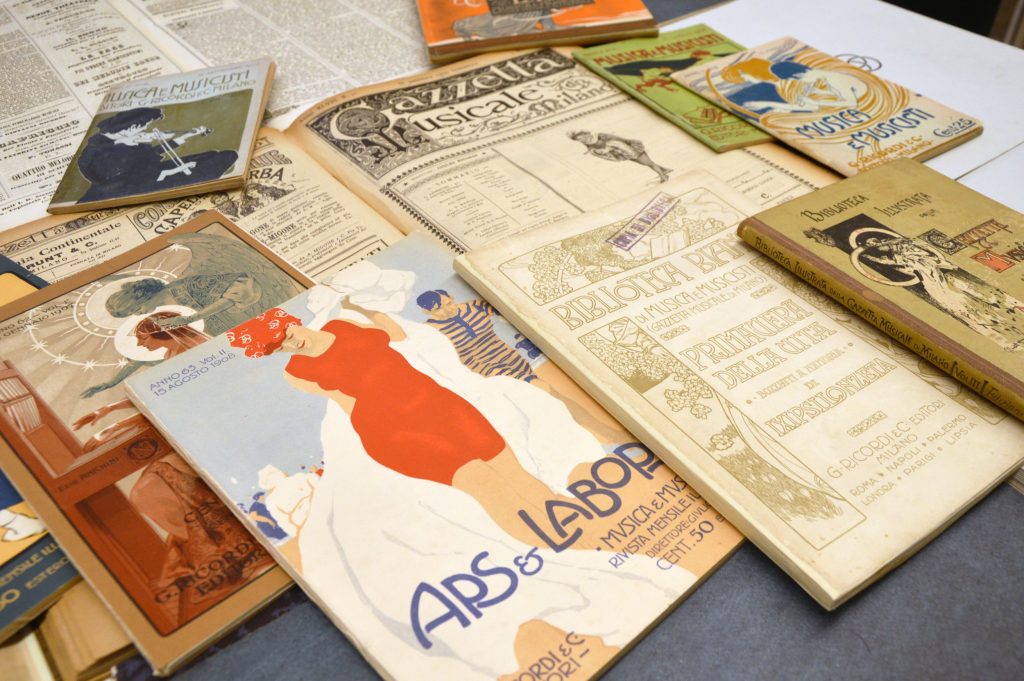 The magazines of Casa Ricordi expand the Digiltal Collection of the Archive: all 5,700 original issues from 1842 to 1965 are now available on Archivio Ricordi Digital Collecion and will be soon entirely published on the online library Wikisource.

The journals published by Casa Ricordi – an archive holding that is unique for its comprehensiveness – today form an important part of the Ricordi Archive and are housed in its premises at Milan’s Palazzo di Brera. Since 2019, the nearly 6,000 volumes of periodicals, with a combined total of more than 65,000 pages, have been scanned in high resolution, converted into fully searchable texts using OCR text recognition technology, and included in the Collezione Digitale.

Thanks to the collaboration with Wikimedia Italia, they will also gradually be uploaded to the free text and source collection Wikisource, where the wiki community can fine-tune the scanned data and enhance them as needed. As with the transcription of the collection of letters, the online community will once again have a crucial role to play: through their support, the journals will become transparent, freely accessible historical sources that are precisely searchable, keyword-indexed, and linked to other Wikimedia resources such as the online encyclopedia Wikipedia. At the same time, errors in the automatic text recognition process are corrected.

The journals of the Ricordi Publishing House recount how one of the biggest musical publishing houses of the 19th century had a role as a “cultural hub” even in many ways not related to music. Among the most fascinating contents of the journals, in fact, there are photographic diaries of trips, such as the series of photographs taken around the world that appeared in Ars Et Labor, or the news about important events, accounts of fashion in London and Paris, and reviews of books and biographies of famous performers, composers, and librettists. The music reviews were written by independent critics, who could praise the most successful theater productions, but also emphasize the failures, screaming at the disasters.