Philip Jeck at the Festival of Music Archives 2015 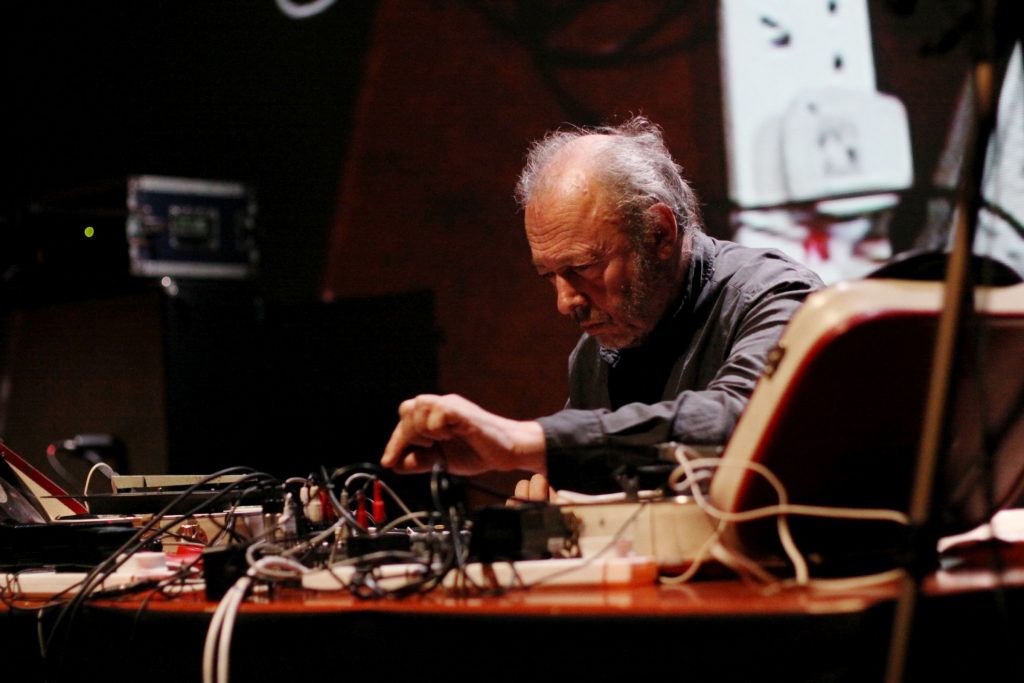 Festival of Music Archives 2015 has been enriched by the presence of the English artist Philip Jeck with his live performance at the scenic Sala Arte Povera of the Museo del Novecento.

Philip Jeck is a composer, choreographer and multimedial artist, whose special feature is to create music through old fragments of vinyl records.

The English artist attended the Dartington College of Arts and he started composing electronic music in the early eighties. His performances include a continuous involvement of the audience, so much so that he won the award of the magazine Time Out for his famous “Vinyl Requiem” played live with 180 turntables.

During the Festival, Philip Jeck created a dialogue between the present and the past, emphasizing music archives and their main uses in a contemporary style. The English artist performed live with some vinyl records owned by Archivio Storico Ricordi, such as La Passion Selon Sade – Le Bal Mirò by Sylvano Bussotti, Il Cordovano by Goffredo Petrassi, Mazapegul by Azio Corghi, Quando Stanno Morendo, Diario Polacco 2° by Luigi Nono, Opere Scelte by Aldo Clementi, Folk Songs by Ensemble Musica ‘900.